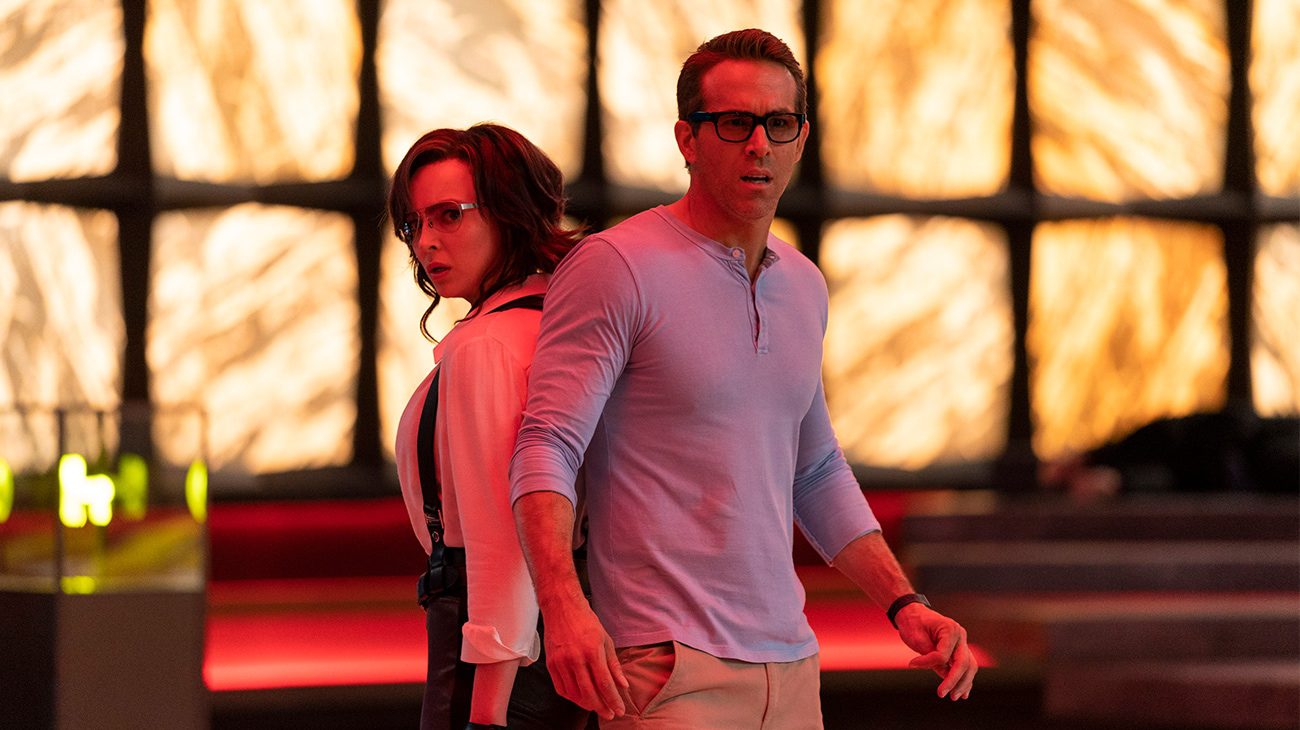 Another Ryan Reynolds movie is hardly anything to recommend or write home about, but he’s undeniably wholesome looking, Nautilus-pumped and camera-ready, which is all today’s movie industry cares about, and he possesses enough crude charm to make even a lump of forgettable fluff like Free Guy an occasionally tolerable way to waste two hours in the middle of a summer heat wave. That is not a recommendation.

Under the unfocused direction of Shawn Levy, a tirelessly prolific director responsible for an interminable list of gimmicky TV shows and sci-fi flicks including the horrible Night at the Museum franchise, and written by the equally unimpressive team of Matt Lieberman (Scoob!) and Zak Penn (The Incredible Hulk), the unbearable Free Guy is another incoherent entry in the current disturbing trend toward movies about artificial intelligence and alternate realities that take place inside computers.

This time Ryan Reynolds plays Guy, a shy, brainless button-down banker whose empty life is defined by the same daily routine: rise early in pale, freshly-laundered baby blue pajamas, eat a bowl of tasteless cereal, select the same uniform from a closet filled with neat rows of baby blue shirts, order a strong coffee with cream and two sugars on the way to work and spend the rest of the day getting mauled, bloodied and robbed. Sometimes he also gets stabbed, run down by uncontrollable trucks, vans, cars and buses, and killed in a steady barrage of gun violence. This is all because Guy, you see, is a peripheral character called Blue Shirt Guy in a video game called Free City.

One day Blue Shirt Guy meets an attractive biker chick called Molotov Girl (Jodie Comer). Something stirs in his fictional heart for the first time, he orders a cappuccino instead of his usual cream and two sugars, and decides to become the first A.I. character in the history of gaming who joins the real world. The rest of this farrago of forced frivolity switches gears between the garish cartoon colors and constant mayhem of the video game and the drab reality of the real Free City. Silliness reigns. Armed bank heists and exploding tanks dominate almost every scene, and in a movie that makes nary a word of sense on purpose, the clue words are desperation and comic bankruptcy.

Between computer-generated action setups, the movie bogs down seriously while the real inventors of the Free City game (Joe Kerry and Jodie Comer again, in a blonde wig) haggle over copyright and battle the villain (outrageously hammed up by Taika Waititi, in a performance that makes his campy Hitler in Jojo Rabbit look like a tranquilized audition). The target audience — people who waste their lives playing video games — might be amused by a movie about devices designed for the sole purpose of destroying everything in sight, but the serious audience the film industry wants to lure back to brick-and-mortar cinemas won’t find much substance here.

Guy wants to be more than another NPC (non-player character), but it’s hard to become a leading player when the game’s inventors are planning a sequel and he’s not even going to be in it. Can he get off the screen and rejoin the real world? Can he bring his consuming passion for bubble-gum ice cream to the video game? Can Blue Shirt Guy find true love with Molotov Girl? The movie makes a feeble attempt to say something satirical about online gaming and something critical about the evils of capitalism, but every idea is borrowed from so many other sources (from Wreck it Ralph to The Lego Movie) that you couldn’t find a trace of originality with a microscope.

Free Guy is in theaters now.