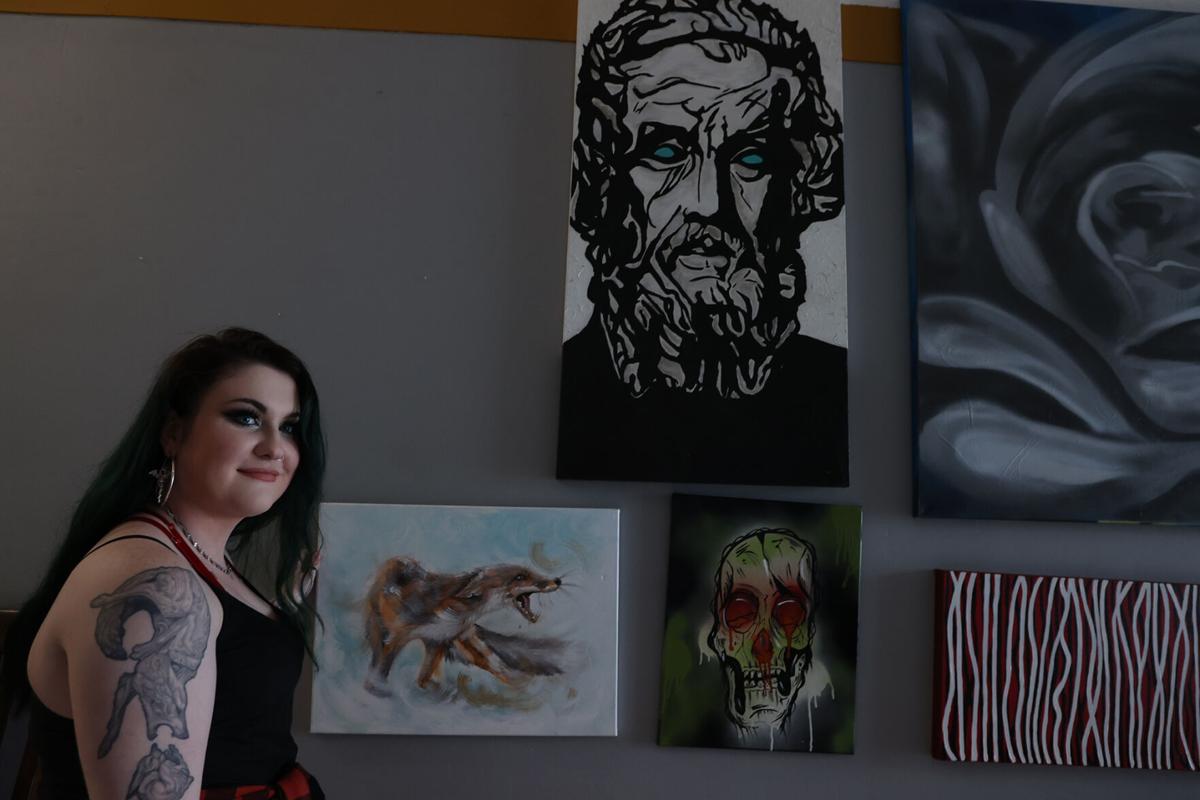 Waco tattoo artist Rissa Adamson also works in paint and canvas, as her study of a fox shows. 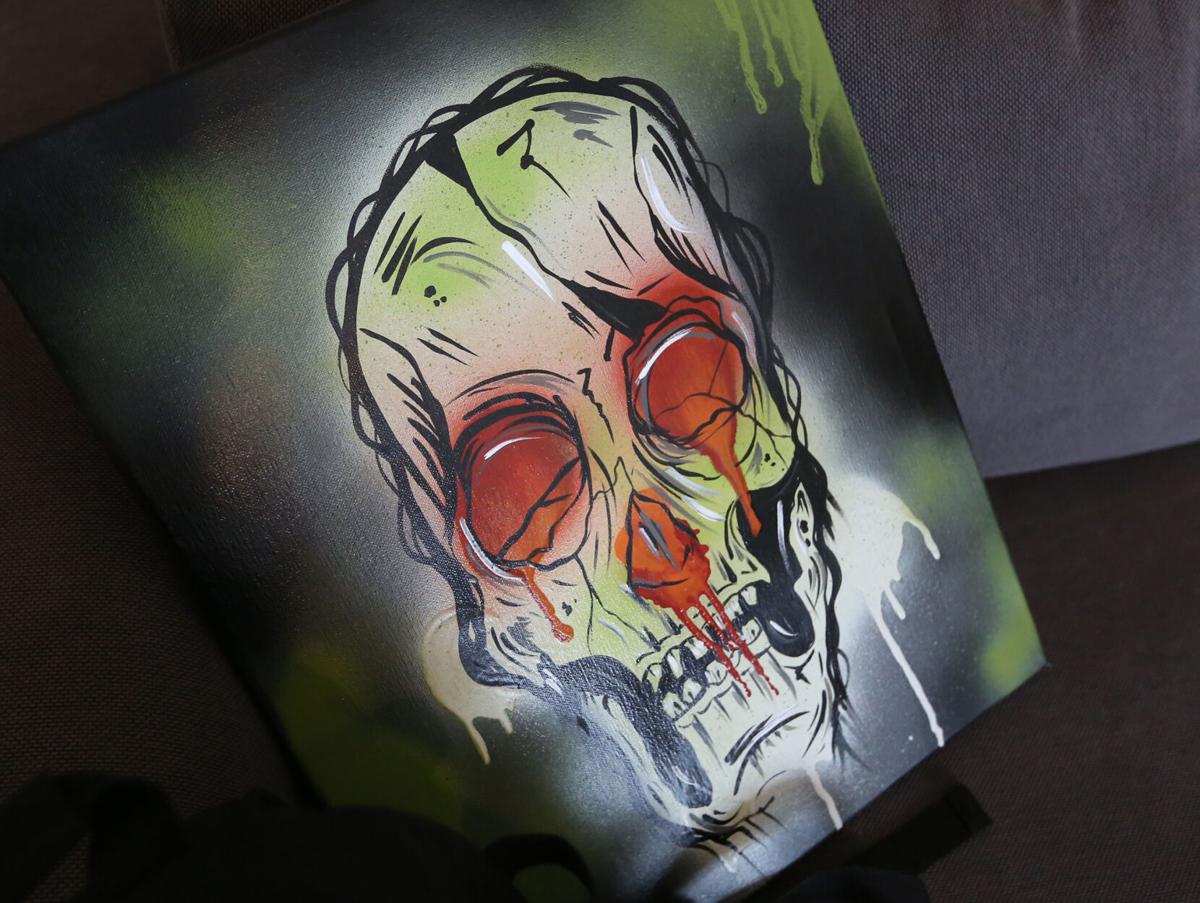 Studies of skulls and monster faces over spray-painted backgrounds is a Sean Skellington specialty. 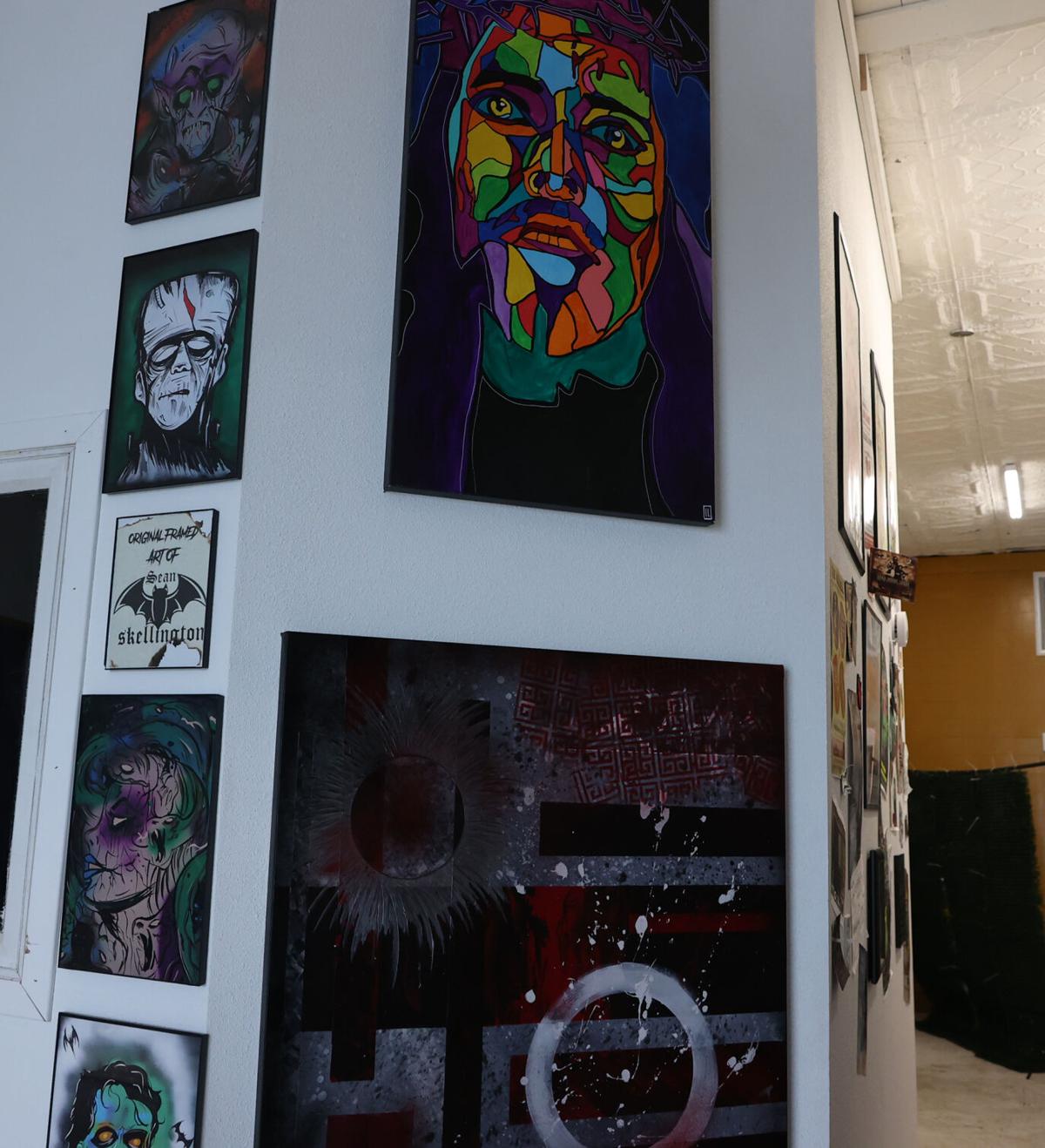 Consider it a visual counterpart to a punk rock show: a one-night pop-up exhibition that’s bold, brash, individualistic and gone by morning.

The show, hung on two, maybe three walls of Rogue Media’s performing space, features about 30 pieces that are as varied as their creators. Abstracts with bright splashes of color. Large spray-painted roses. Skulls. Black-and-white prints of fantastical subjects. Portraits ranging from monsters and television characters to an oversized Snoop Dogg.

The event also will feature tables where artists can sell their works, food from Voncille’s and Gelu Italian Ice, maybe even some live painting. And afterward, there’s more: an after party at Truelove Bar, where it’s an emo-themed My Chemical Wednesday.

“It’s like an underground collective right now. It’s not bluebonnets and landscapes and floral paintings,” explained Waco native Russell Campbell, one of the seven artists and an organizer of the pop-up.

Campbell said the collective evolved from Waco artists who had met at places such as Eastside Market, Skellington Curiosities, Klassy Glass and Uptown Art Walk and found a common outsider-is-in vibe.