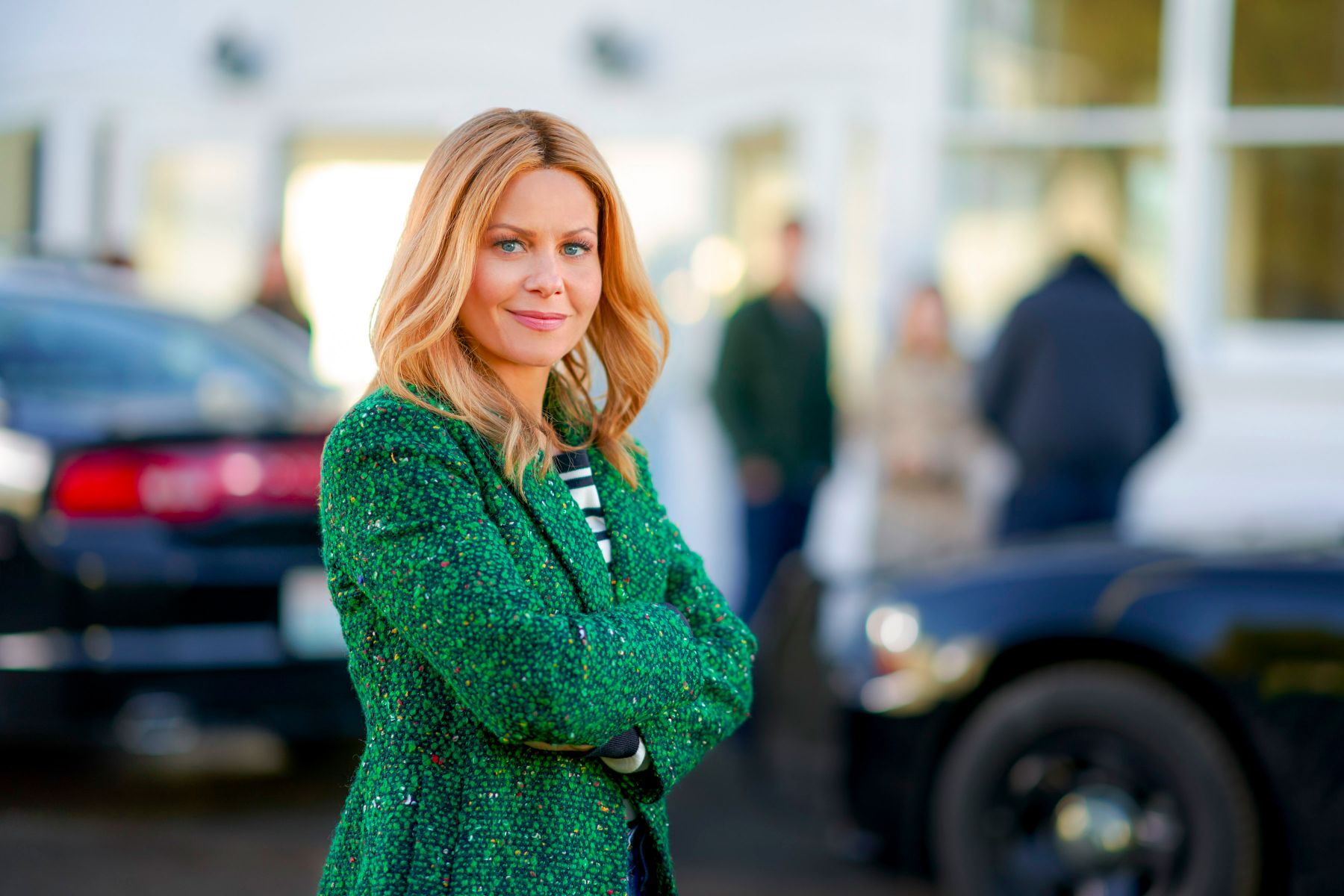 If you’re looking for a good mystery, you’ll never fail to find one on Hallmark Movies & Mysteries. Their original content consists of two-hour movies and includes the Signed, Sealed, Delivered movies, Mystery 101 films and Picture Perfect Mysteries. But one of the most popular and probably their most prolific series of films are the Aurora Teagarden Mysteries.

What are Aurora Teagarden Mysteries about?

Aurora Teagarden is a librarian in the fictional town of Lawrenceton, Washington. She and her friends are part of the Real Murders Club, a group of true crime enthusiasts who delve into true crime mysteries at their monthly meetings. She’s known as “Roe” to her family and friends.

Are the Aurora Teagarden Mysteries movies based on books?

The films are based on the Aurora Teagarden books by Charlaine Harris. Harris’ other book series, The Southern Vampire Mysteries, was adapted into the popular HBO series, True Blood.

Related: Hello Summer Nights! Get a Sneak Peek of Hallmark’s You Had Me at Aloha

Where is Aurora Teagarden Mysteries filmed?

The Aurora Teagarden Mysteries are filmed in Canada in and around Vancouver, British Columbia.

Where are the Aurora Teagarden Mysteries set?

How many Aurora Teagarden Mystery movies are there?

There are 16 Aurora Teagarden Mystery movies so far, including the most recent How to Con a Con and the upcoming Til Death Do Us Part.

Aurora @candacecbure and Nick @NiallMatter can’t turn down mystery-solving, even during their wedding week, #Sleuthers! See why a crime threatens to postpone their big day in the all new Signature Mystery Series #AuroraTeagarden: Til Death Do Us Part on June 13 at 8/7c! pic.twitter.com/gDWpS1T5PG

—Aurora Teagarden Mystery: An Inheritance to Die For (2019)

—Aurora Teagarden Mystery: Reunited and It Feels So Deadly (2020)

Yes. Til Death Do Us Part film is slated for a June premiere.

Who’s in the cast of Aurora Teagarden Mysteries?

Aurora Teagarden is a librarian and a member of the Real Murders Club. She is engaged to Professor Nick Miller.

Fun fact: Candace Cameron Bure starred in Christmas Under Wraps, which is still the highest-rated Hallmark Christmas movie to date!

Aida Teagarden is a successful real estate agent in Lawrenceton and Aurora’s mother. She disapproves of Ro’s involvement in murder cases.

Fun fact: Marilu Henner has hyperthymesia, a rare condition where a person has total recall memory. She can recall, in vivid detail, almost every moment of her life since she was a child. Only about 60 people in the world have this ability.

Nick is a psychology professor at the local college and lives across from Aurora Teagarden. He helps her in solving the murders. Nick and Ro recently got engaged.

Fun fact: Niall Matter starred opposite Erin Krakow in the Father Christmas trilogy of movies on Hallmark Movies & Mysteries. He later guest-starred on When Calls the Heart on Hallmark Channel, which features Krakow as the lead.

Sally is a reporter for the local paper and Aurora’s best friend. She’s also a member of the Real Murders Club.

Someone begins taunting Aurora Teagarden with cryptic clues left at crime scenes, so the librarian-turned-crime buff attempts to figure out who is behind the creepy “game.” But when the people closest to Aurora become targets, the game takes on a much more dangerous edge as it points to a planned murder. Photo: Candace Cameron Bure, Ellie Harvie Credit: ©2019 Crown Media United States LLC/Photographer: Ricardo Hubbs

Ellie is another librarian at the Lawrenceton Public Library. She disapproves of everyone, in general, as well as Ro’s Real Murders Club.

Arthur Smith is a burglary detective with the Lawrenceton Police Department. He briefly dated Aurora but is currently married to Lynn.

Fun fact: If you’re wondering where you’ve seen Peter Benson before, he has over a hundred credits to his name as well as this popular Life cereal commercial.

Lynn was a former homicide detective and now a police captain with the LPD. She is married to Arthur Smith.

REAL MURDERS: AN AURORA TEAGARDEN MYSTERY – A mystery hits close to home for Aurora Teagarden, a librarian with a sharp mind for murder, when a member of the Real Murders Club she presides over is found dead. Aurora realizes the crime mirrors a case discussed by the club, and fears that one her members could either be the next target…or even the murderer! With the help of a visiting mystery writer – and love interest – Aurora investigates the ongoing killing spree surrounding the club. Aurora must use her sleuthing skills to solve the mystery before she or anyone else is a victim of real murder. Photo: Marilu Henner, Bruce Dawson Photo Credit: Copyright 2015 Crown Media United States, LLC/Photographer: Eike Schroter

A member of the Real Murders Club, he shares a passion for solving murders with Aurora and is in the beginnings of a romantic relationship with Ro’s mom, Aida Teagarden.

Why did Martin leave Aurora Teagarden?

Yannick Bisson played Martin Bartell in five Aurora Teagarden Mysteries movies before leaving the series in 2018. In 2020, Bisson told TV Goodness that he left the series due to scheduling issues.

“I really enjoyed doing those,” he said. “Candace [Cameron Bure] is one of my favorite people. The subject matter is a lot of fun. It’s nothing too serious and I loved going to BC [British Columbia] to shoot it.”

In the book series, Martin dies, but Hallmark handled his departure differently. In his final movie, Aurora Teagarden: Last Scene Alive, the ex-CIA agent was called to work on another case.

How can I watch previous episodes of Aurora Teagarden Mysteries?

Previous movies can be viewed on YouTubeTV and fuboTV with a premium subscription. Several of the movies are also available on Hallmark Movies Now.

Try your own business