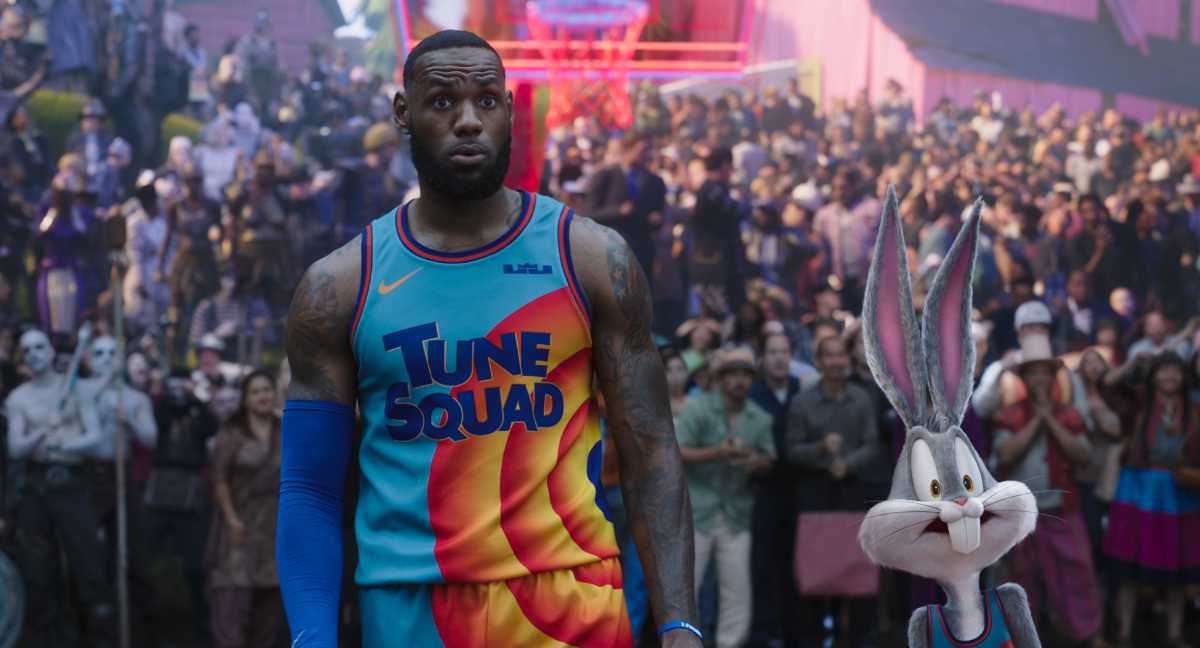 HBO Max has announced the movies and TV shows coming to the streaming service in July, as well as what is leaving next month. In addition to the HBO Max July 2021 lineup, we’ve also included what is specifically coming to and leaving HBO.

You can watch a video which previews the HBO Max July 2021 slate by scrolling down. You can also click the titles below to learn more about each.

It’s time to get your squad together to watch the Tunes play the Goons in Space Jam: A New Legacy. In the film, basketball champion and global icon LeBron James goes on an epic adventure alongside the timeless Tune Bugs Bunny and the Tune Squad in this animated/live-action event.

This transformational journey is a manic mashup of two worlds that reveals just how far some parents will go to connect with their kids. The Warner Bros. Pictures film will be available on the $14.99/month Ad-Free HBO Max plan.

The HBO Max July 2021 lineup kicks off with the Warner Bros. Pictures crime drama No Sudden Move from director Steven Soderbergh. Originals debuting in the month include Gossip Girl, an extension of the pop culture classic that takes us back to the Upper East Side, finding a new generation of New York private school teens being introduced to social surveillance.

Documentary series Through Our Eyes will debut on the platform in July. The four-part series from Sesame Workshop showcases the perspectives of children as they experience challenging issues facing families today, including homelessness, parental incarceration, military caregiving, and climate displacement.

This month, Academy Award-winning film Judas and the Black Messiah returns to HBO Max, alongside the Warner Bros. Film Tom & Jerry. Movie lovers can also enjoy blockbuster films, including Eve’s Bayou, The Texas Chainsaw Massacre, Monster-in-Law, Let Him Go, The Empty Man, Freaky, and Maid in Manhattan, all arriving on the platform this July.

FBOY Island, Max Original Season 1 Premiere
Three women move to a tropical island where they’re joined by 24 men – 12 self-proclaimed “Nice Guys” looking for love, and 12 self-proclaimed “FBoys,” there to compete for cold, hard cash. The women will navigate the dating pool together with the hope of finding a lasting love connection. By the finale, all will be revealed – who is a Nice Guy, who is an FBoy, and who do the women ultimately choose.

Conquest of the Planet of the Apes, 1972 (Extended Version) (HBO)

For Greater Glory: The True Story of Cristiada, 2012 (HBO)

Full Bloom, Max Original Season 2 Finale
Full Bloom finds ten talented and innovative up-and-coming florists bringing their spectacular creative visions to a grueling but gorgeous competition series. In each episode, the budding botanical artists are put to the test in both individual and team challenges that determine whose stems get cut – and who remains in the running for the career-changing $100,000 grand prize to kickstart their business.

Midnight in the Garden of Good and Evil, 1997

No Sudden Move, Warner Bros. Film Premiere, 2021 (Available to stream in 4K UHD, HDR10, and Dolby Vision on supported devices)
Set in 1954 Detroit, No Sudden Move centers on a group of small-time criminals who are hired to steal what they think is a simple document. When their plan goes horribly wrong, their search for who hired them – and for what ultimate purpose – weaves them through all echelons of the race-torn, rapidly changing city.

Gossip Girl, Max Original Series Premiere
This extension of the pop culture classic takes us back to the Upper East Side finding a new generation of New York private school teens being introduced to social surveillance nine years after the original blogger’s website went dark.

The White Lotus, Limited Series Premiere (HBO)
A social satire set at an exclusive tropical resort, this six-episode limited series follows the exploits of various guests and employees over the span of a week.

Space Jam: A New Legacy, Warner Bros. Film Premiere, 2021 (Only available on the $14.99/month Ad-Free plan. Streaming in the US only for a limited time.)

Un Disfraz Para Nicolas (aka A Costume for Nicolas) (HBO)

Uno Para Todos (aka One for All) (HBO)