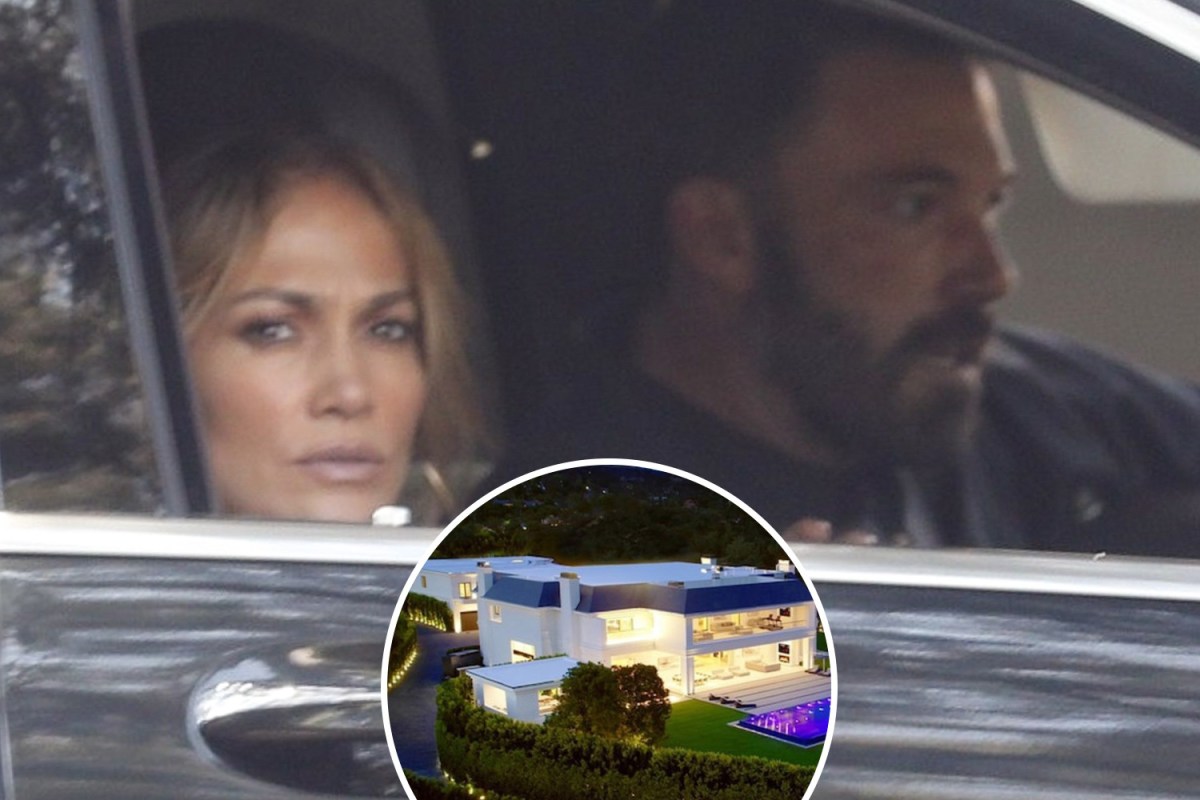 JENNIFER Lopez and Ben Affleck looked serious as they toured an $85million estate as the famous couple continued their house hunt amid their on-again romance.

Jennifer, 52, and Ben, 48, visited the glitzy residence and other estates together in Beverly Hills.

The main house has about enough space for about 12 bedrooms, 24 bathrooms, an indoor sports complex with a basketball court and boxing ring, and a pool to take a swim in, according to TMZ.

Included in the 38,000 square feet of property are a “guest penthouse,” a caretaker’s house, and a two-bedroom guardhouse.

If the Jersey Girl movie couple ever wanted to hold a party, they will have enough parking space for about 80 guests.

This was not the only home they were looking at in the Los Angeles area.

The Gigli stars then drove up to the San Fernando Valley in their Mercedes Benz, according to The Daily Mail.

The two were reportedly given a tour of the Bob Hope Estate near Toluca Lake.

They arrived at around 11:30 in the morning and spent about an hour there.

The home, which has been listed for about $40million, is currently owned by tycoon Ron Burkle.

The property has about five acres, which also has a one-hole golf course if the two decide to practice their swing.

In 2004, the couple broke off their engagement, but they have since reconciled after the Hustlers actress called it quits from former Yankees star Alex Rodriguez, 46, back in April.

Leanne Juliette, a Shamanic High Priestess and CEO of her own Global Consciousness and Transformation business, told The Sun: “Both Jennifer and Ben are Leos – a sign that enjoys being in the spotlight and all the trappings of success and being seen.

“Both JLo and Ben had things to ‘iron out’ in this lifetime through love and relationships and to me, it’s obvious that they’ve been lovers in other lifetimes and are the quintessential soulmates.”

Back in July, the Out of Sight actress released her new “making the video” compilation for her latest single, Cambio El Paso.

The Let’s Get Loud singer showed off her sexy side in several super-revealing outfits as she walked along a beautiful beach with gorgeous ocean views.

The Selena actress wore a diamond-covered bra, long-sleeved white button-down, jean shorts, and denim jacket as she danced and sang for the camera.

Jennifer heated up the scene as she stripped off her jacket and started to twerk to the music.

The Anaconda actress ditched her shorts and hopped into the pool to close out the shot in just her diamond bra and matching panties.