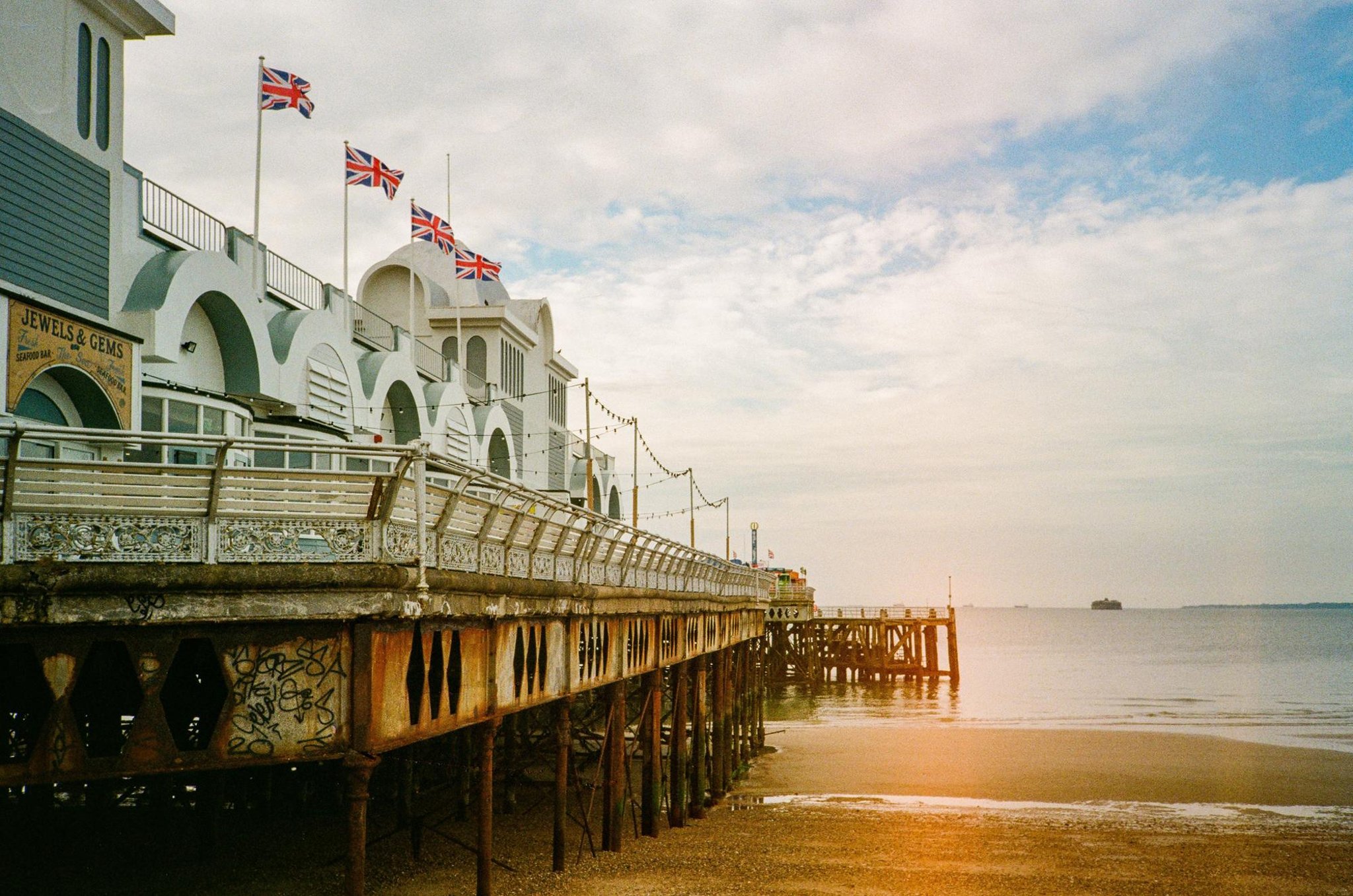 If you live in Southsea you might have seen Antony Turner out and about in recent months with his trusty Olympus XA2 camera, working on his project – Welcome to Croxton Town.

It’s Antony’s love letter to the town he has become fascinated by.

‘I’ve been doing wedding photography for about 14 years now,’ he explains. ‘It’s quite strange, I don’t gain a lot of traction locally, I rarely photograph in Portsmouth, but I get a lot of commissions in London, Manchester, and a few internationally each year as well – it’s all very nice, don’t get me wrong!

The i newsletter cut through the noise

Antony Turner, the photographer behind the Welcome to Croxton Town project, with his trusty Olympus XA2 35mm camera

‘But this has been on my mind for a while now. I’m proud of my work, but it feels like you’re just doing work for others, and without wanting to sound selfish, eventually you feel like you want to do something for yourself.

‘I’m in my mid-30s now, I really want to do something before I’m 40, something a bit more artistic.

‘You’re providing all these lovely photographs for others, which is great, but I’d never get their photographs and hang them on my own wall, you know?’

A mural on Highland Road. Taken for Welcome to Croxton Town by Antony Turner

When it came to a subject for his project, it was obvious to the 35-year-old.

‘Every time we go to go out or do something it’s: “Let’s go to Southsea”. Or “Come on kids, grab your stuff, we’re going to the beach”, or if me and my wife are going out for a few drinks, it’s down Albert Road.

‘It’s got this gravitational pull over me, and I wanted to explore why. I’m still asking that same question to myself by going out and walking the streets and trying to get a collection of photographs to express: “why?”’

And so Antony has been coming down from his home in Havant at about 5.30am to patrol Southsea’s streets, snapping anything that catches his eye. Using his Portsmouth A to Z map book, he marks off each street he’s walked.

‘There’s still a few streets to go, and you can see there are some little roads that I’ve missed, but it’s not to say I’m photographing every street, I’m just walking them to see if there’s anything worth photographing.’

And his camera? An old 35mm camera, produced in the 1980s that has become something a cult piece of kit in photography circles.

‘Out of all of the camera equipment I’ve got, it’s this little film camera – it’s got no interchangeable lenses or anything. This is something I’d wanted for a while, it’s called an Olympus XA2.

‘You used to be able to get them for about £5, but it’s developed a kind of cult status and now they’re £100-200. My wife got it for me for my birthday because she knew I really wanted one.

‘It was the perfect excuse to start this project.’

The project’s title came from a name that had cropped up occasionally in Antony’s life.

The first time was when Antony’s grandfather was involved in the restoration of The Kings Theatre’s tower.

‘I went up there with my granddad and took some photos. At the time I was doing photography at South Downs College and needed to do an environmental portrait– that’s someone on their own working environment, not posed, and then I had to do a bit of a write-up. My granddad said: “I’ve got an interesting character for you in the shop next door…”

‘His name was Rothery, and he had this shop with all these antique guns and daggers. I asked if I could take his photograph and I ended up standing there for about three hours just talking to him. He had so much knowledge about Southsea, and I think that’s where I initially heard the name Croxton.’

It wasn’t until Antony did some work for the newly opened Croxton’s Kitchen and Tap Room on Palmerston Road that he came across the name again.

Across Southsea Common to The D-Day Story. Taken for Welcome to Croxton Town by Antony Turner

‘I wanted to start a commercial photography project and I needed a foot in the door, so I asked if anyone wanted any photographs done while I’m practising this niche, and they said yes.

‘I have to give them a little bit of gratitude for this, because that name stood out, and I’m pretty sure I was speaking to Paul, the owner at the time, and he told me a little bit of the history. I’m a bit of a history buff, so I looked deeper into it.’

Southsea began life in the early 19th century as Croxton Town, a new suburb of Portsmouth, named after the landowner, one Mr Croxton. By the middle of the century it had become Southsea, taking the name of the castle.

‘It’s funny, I’ve had people asking me: “Where is Croxton?”’

For this project, Antony has been exclusively using Kodak Colorplus 200 film.

‘It’s actually one of the cheaper stocks on the market at the moment. You used to be able to pick this up for £4 a roll, now you’re lucky to get three rolls for £25-30, which for 36 photographs a time, it’s crazy, a lot of money.

‘Luckily enough I found someone who does six months in Hong Kong, six months here and brings a load back for me but I’m on my last 12 rolls now.’

‘My initial target was 1,000 photographs, but I’m definitely going over that. I’ve developed about 1,200 so far.

The end goal is to whittle all those shots down for an exhibition and book.

He also has a Kickstarter running which offers signed prints, an e-book or a physical limited edition of the book.

‘The Kickstarter was just to get me a little bit of a return. It wasn’t the original intention to create a book, I wanted to do my own exhibition, to rent out a space, or maybe contact some spaces which are closed on a couple of days and use them when they’re closed.’

He aims to have the photography finished by the end of summer and have the exhibition ready towards the end of the year.

A message from the Editor, Mark Waldron

You can subscribe here for unlimited access to our online coverage, including Pompey, with 70 per cent fewer adverts for less than 20p a day.